skip to main | skip to sidebar

"Those who hammer their guns into plows will plow for those who do not."

(This is why Ted Kennedy, Nancy Pelosi and Hillary Clinton want gun control so badly! )

2. A gun in the hand is better than a cop on the phone.

4. Gun control is not about guns; it's about control.

5. If guns are outlawed, can we use swords?

6. If guns cause crime, then pencils cause misspelled words.

7. Free men do not ask permission to bear arms.

9. Those who trade liberty for security have neither.

11. What part of "shall not be infringed" do you not understand?

12. The Second Amendment is in place in case the politicians ignore the others.

14. Guns only have two enemies: rust and politicians.

18. Assault is a behavior, not a device.

20. If guns cause crime, then matches cause arson.

21. Only a government that is afraid of its citizens tries to control them.

22. You have only the rights you are willing to fight for.

24. When you remove the people's right to bear arms, you create slaves.

25. The American Revolution would never have happened with gun control.
Posted by My Files at 3:35 PM

Every time I hear about scary looking guns (and idiots wanting to ban them) I feel sick.

Every time I mention a gun to defend myself and my family- even with a shooting across the street, or radicals nearby- "intelligent" people look at me like I'm crazy, step back, and say, "oh, I hate guns. Be careful."
What??? Be careful? I'm an American! I tell them if they want they can just stick up a "Gun Free Zone" sign at their house and proclaim how they are a willing victim! Too many sheep in this world... Glad to encounter another sheepdog! :)

Welcome to my blog


The views and opinions expressed here are solely those of the author. A Vet that had a 20 year hitch in the US Army and never regretted one day of it.

My Files
I’m just a retired Soldier ( retired, NOT tired) who does not like seeing my Country torn apart by people that don’t give a damn about it. I went into the Army at the age of 19 and stayed in for 20 years. Never regretting one day of it. I saw lots of places, I met lots of people and learned lots of things. The main thing that I learned is that there is NO place in the world like America. I Love this Country, and I'll fight tooth and nail to defend this great country, anytime and any place. ... I will fight again, and again, anytime to keep her strong and free. 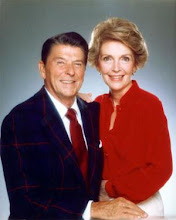